Religious Leader Honored at National Ceremony;
US Congress Celebrates Life of Late Sikh Leader
Washington DC – May 11, 2005 – The late Siri Singh Sahib Bhai Sahib Harbhajan Singh Khalsa Yogiji, also known as Yogi Bhajan, was honored today at a special reception at the US Capitol in Washington DC. It commemorated last month’s unanimous passage of a bipartisan Congressional Resolution honoring his life and influence. US Senators and Representatives, members of the US Department of State, representatives from the Government of India, dignitaries, officials, and members of the Sikh faith attended the event. 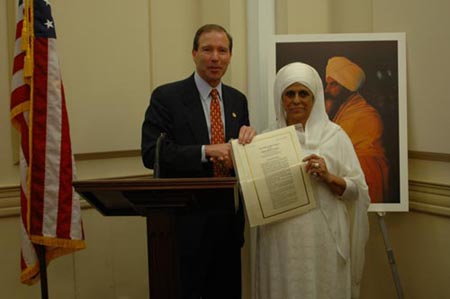 In the history of the US Congress, only a handful of spiritual leaders have ever inspired a Joint Resolution honoring their life and work. They include Martin Luther King Jr., Pope John Paul II and Mother Theresa.

The current Congressional Resolution passed by the US House of Representatives and the US Senate supporting today’s event read, in part: 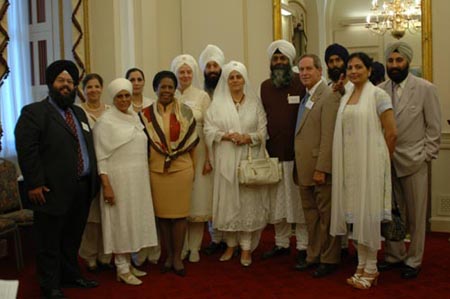 “The (US) Congress—(1) recognizes that the teachings of Yogi Bhajan about Sikhism and yoga, and the businesses formed under his inspiration, improved the personal, political, spiritual, and professional relations between citizens of the United States and the citizens of India; (2) recognizes the legendary compassion, wisdom, kindness, and courage of Yogi Bhajan, and his wealth of accomplishments on behalf of the Sikh community; and (3) extends its condolences to Inderjit Kaur, the wife of Yogi Bhajan, his three children and five grandchildren, and to Sikh and 3HO (Healthy, Happy, Holy) communities around the Nation and the world upon the death on October 6, 2004, of Yogi Bhajan, an individual who was a wise teacher and mentor, an outstanding pioneer, a champion of peace, and a compassionate human being.” 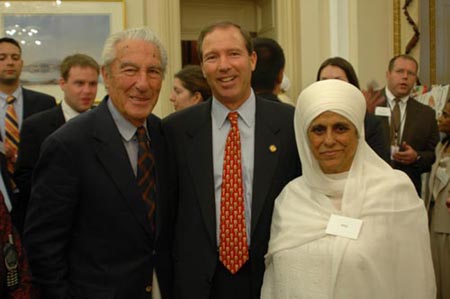 Yogi Bhajan spent his life teaching and improving the lives of thousands through his teachings on yoga and Sikh Dharma. It was through his efforts that Sikh Dharma became a tax-exempt, recognized religion in the United States. He also founded the 3HO (Healthy, Happy, Holy) organization and a successful drug rehabilitation program to address the national crisis of drug addiction. 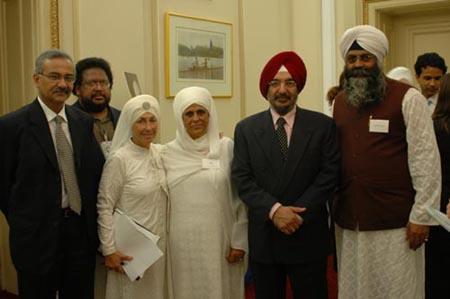