Milestones on the Path to Peace

In this post September 11th environment, Sikhs around the world are trapped in issues of mistaken identity. Whether it is hate crimes in the streets of New York or France passing legislation to bar religious minorities, including Sikh youth, from wearing their turbans to school – the Sikh identity has become a global issue. We are once again being challenged – this time to become known and respected on a global scale. Ultimately, this challenge is about the Sikhs getting to know themselves, and helping others understand and overcome misconceptions about who Sikhs are. This is the fight we face today. This is our 1984.

To face what is happening in our world now, we must let go of the past.


Forgiveness and The Promise of Democracy

Oftentimes, our remembrances make it difficult to move. The hurt, the pain, the betrayal are very real. Yet, these components can hold us back. We need to develop an ability to move on. Do not mistake forgiveness with forgetting. The noble Sikh is always one who forgives as it is so written and commanded to be practiced. We remember the past in order to learn the lessons, but not wallow in the pain or grief forever. However, if we focus only on the remembering and not the forgiveness, then we doom ourselves to ignorance. And clearly, ignorance is not what the whole Sikh ethos is about. 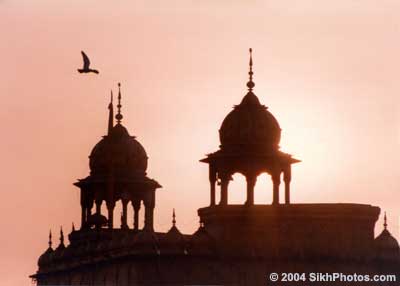 It is time to learn the lessons of democracy. Democracy is power in action – not of a few, but of all. It gives every constituent a chance to use their voice, to use their power. In the United States, in England, in Canada, in France, in Germany – the rights of the Sikhs will be protected to the extent that the Sikhs become actively involved in the political process. The rights of Sikhs will be upheld in proportion to Sikh participation in governance. So it is with India, and this is why we are saying - 20 years after 1984 - it is a very different world. Twenty years after 1984, there is a Sikh man, Dr. Manmohan Singh, who is known worldwide as the economic savior of India and he has just become Prime Minister of a country with over one billion people. A Sikh now leads the world’s largest democracy.

Democracy is by no means perfect and there are always tensions playing out between different parties. But it does work. History has shown us that, in the long run, democracy works as a method of peaceful self-governance for diverse groups of people. Democracy is actually Sikhism in practice. Just look at the rule of Maharajah Ranjit Singh. Can one believe the diversity he sought? Can one see his tolerance of all peoples, not just Sikhs? Can one see his egalitarian view towards women? It took the West another 100 years to implement the kind of democracy he practiced while being a monarch. We Sikhs are no strangers to democracy and we understand that it demands absolute integrity to succeed. That kind of democracy has most often rewarded people with prosperity and peace.

What are the lessons of democracy? We can look to our own history for answers. Democracy is in our history, traditions, wisdom, and group knowledge.

And forgiveness is part of this.


The Sikh Youth Need to Face the Future 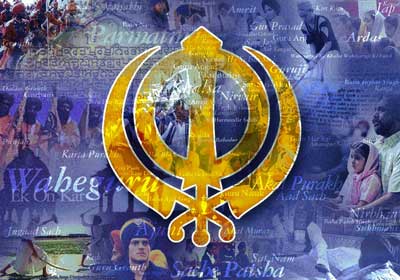 Each of these communities was affected by 1984 differently, and have subsequently dealt with it differently. Many of us who came here before 1984 were deeply hurt. We vowed that 1984 would not hold us back. The post-1984 immigrants have a more visceral reaction given their personal memories of the actions that happened at the time. Their children, however, who are growing up outside of India have a different response to 1984 . Many have forgotten about it, or do not understand how it affects them or do not know how to go forward. Finally, we have the new Sikhs. Many have committed themselves to making sure that this event will not repeat itself and to work for peace.

Mostly I see that all of these communities need to be heard. Heard, NOT with a lament, but with the hope that we will create something better as we move forward. This Diaspora really needs a voice. We need to give ourselves a vision of the future, of what we can be in today’s world, and not condemn ourselves to living in the past.

We Sikhs can become a really great force if we organize and recognize each other and stop the fight amongst ourselves. Pride and the warriors spirit in the Sikhs has lead in the past to internal conflict. All we have to do is break the pattern and develop cooperative behavior. I know one thing – create division and conflict and the Sikhs are easily manipulated by others. I want to challenge this by calling on all Sikhs to come together.

We, the new Sikhs Diaspora, understand democracy and we are often participants in it. As we come of age, we will be heard. We will demand of the elders in our society to explain the messes they have made. Why does the world not know of us and our values? In this information age, why are we so far behind in creating mechanisms for people to discover us? Why are not more people groomed for leadership? Why is the leadership full of conflict? Why are we so visible and yet so very invisible? We really do not care as much about the tribal and destructive use of caste that divides us. Why do people not recognize that casteism is a cancer that eats through the fabric of our unity? We want equality – not just in talk, but also in action. We want intelligent dialogue and not political rhetoric laced with the venom of divisiveness. We want answers. We have begun to ask the questions. We are awakening.

What we Sikhs have in front of us is a unique opportunity. We don’t even have to ask Dr. Manmohan Singh to say anything. We just need to emulate his ethics and values. We don’t even have to believe in the Congress Party. We have to clean our own house and ask ourselves are we worthy of our turban. Do we give it the respect it deserves? We have seen the Akal Takhat destroyed so that we may recognize our role. Personally, I believe that it was necessary for us to awaken and feel and make sure that we are in touch with our faith. We need to claim our faith back from those that distort it or deny us its full measure. Too many times we have played the victim and as a result, we seem to have begun to believe we are the victim. As a result, we Sikhs have lost our ways.

I say this and at the same time caution that I do not mean we should become fanatics. Sikhism decries fanaticism. We need to be active, THINKING Sikhs. We need to be able to create dialogue and help the world solve major problems. We can bring our seva and compassion to teach the world to deal with community issues such as poverty and AIDS. We can use our Dasvandh to educate more children in schools in modern technologies so they are ready to be called upon as leaders five, ten, or twenty years from now. I ask that we do not lower our standards of being a Sikh, but that we raise the bar even higher. I ask that we demand of ourselves a deep commitment. One where commit to becoming the noble ideal of a Sikh. Then we will not be warriors alone but peace makers as well. To do this we must heal and look to the future. Yes, we must also forgive and come through cleansed so that we can go forward with a clear view of our role in the world, ready to face the challenges that are confronting us today.

Today’s battles are not won with guns. Rather, they are battles of information and perception. The CNN sound-bite carries as much weight as a nuclear weapon. The effect of what the media does today is far reaching and can last many generations. In the backdrop of all the noise the media creates, few voices have the clarity and experience to lead with compassion. Our Sikh values give us a unique opportunity to become that voice on a global level. We have that capacity. 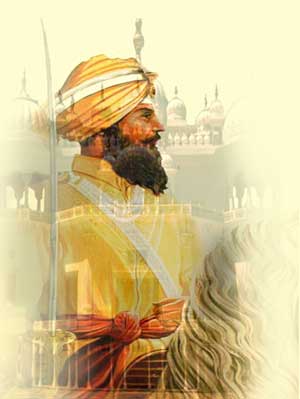 Educating the world about the Sikh identity is not just an issue of "turban and beard." Nor is it one of bhangra and a fun loving people image. Nonetheless, these images are a component of our identity and are an avenue to build a bridge between Sikhs and the wider community. What we really need to do is help the world's people make the connection that the Sikh turban and beard represent the type of values that the world needs more than ever. It is our values that are needed - embracing religious diversity; honoring and respecting women; earning through honest labor and sharing the fruits of that labor with others. These values are universal and, when shared with others in a universal way, offer a light of hope in the world. Now is the time for Sikhs to stand for their identity publicly – not only to be known for who we are, but rather to help humanity face the current global challenges.

Sikhs around the world are making tremendous contributions to their communities and to society. We need to take the time to recognize and raise the awareness in our communities about all that we are doing. We need to speak and appreciate the positive accomplishments that Sikhs make in all walks of life. It is important to celebrate each one and talk about it. This will help the world to understand the continuing contributions being made by Sikhs. This will encourage us to do more and allow us to be known by our values and actions.

I believe in the development of the 21st century Sikh warrior. This warrior is still the embodiment of Guru Gobind Singh’s Khalsa. He or she is an intellectual, philosopher, artist, lawyer, doctor, poet, politician, peacemaker – anything that one can dream of becoming. Most of all this person is a believer, as I am, that there is no compromise in the modern world for a Sikh…for a Sikh has been modern for 500 years. We just need to live our values.

Peace and prosperity are boons to those who look to the future to create a world that is civilized. Acceptance and commerce are its gifts and for Sikhs that is the path they must seek and choose. Where do you want to be great – tomorrow in the future or yesterday in the past? I choose the future. Are you coming with me?

Supreet Singh Manchanda is a Sikh executive from Texas and Silicon Valley. He has been a Global Partner in KPMG and various other corporations (IBM, SGI) and also been active in the Republican Party and The White House leadership. He, along with others, is also a founder of Sikh Communications Council post 9-11. If you would like to send an email to Supreet Singh, you may email him at s2@khalsa.com.