Martyrdom of the Akal Takhat

It is important to understand how this world works. The rotation of this little planet has been investigated many times, yet the mystery still remains unsolved. The earth rotates on its axis as it revolves in its orbit around the sun. What keeps it rotating on its axis? What keeps it in its orbit? Why is it that no accident occurs? 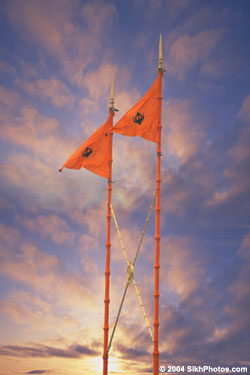 I agree one hundred percent that we as Sikhs have been hit. We have been hit harshly and the times are very hard. But we are fortunate that we have been hit so harshly. This is an initial actions. It is the first step which had to be taken to turn our energy towards ourselves as Sikhs. Now we will obey our Guru, and we will find the God within ourselves.

If this situation in India could happen - and it has happened - then it must be the will of God because God is everything. All things come from God and all things go to God. Now we find ourselves under siege. Eleven million Sikhs are under siege. It is a war of identity.

If we in the West can effectively demonstrate that this is a matter of human identity, the entire West will be with us. We need to bring the West to understand that this is a war of identity, pure and simple. We need the West to understand that these Sikh people who believe in God and love God and feel God within them are being forced to defend their identity, to fight for their identity. Do you understand what it will give us to convey that understanding? It will give us the greatest bliss and fulfillment. We will never have an identity crisis. This is true because we cannot speak of our identity without realizing it.

It is a fact of life that when we speak about our identity, we set identity. It is the power of the Word. The Word is the greatest power. What is Siri Guru Granth Sahib to which we bow? Siri Guru Granth Sahib just talks about God, and by reading it we become God. We become godly people. Guru Gobind Singh gave us the Word of Khalsa. He gave us the identity to live to the purity of Khalsa. Purity cannot die. Purity knows no death. Khalsa shall know no death. It will live forever. Therefore, there shall be 960 million Khalsa. What a miracle that will be. 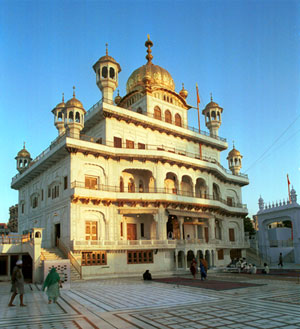 There is an initial action that has taken place to force us to come to our identity of Khalsa. That initial action was performed by Akal Takhat. Akal Takhat has reached its own martyrdom. Nobody could destroy Akal Takhat. I don't believe anybody could. If it was possible, then it could have happened many times before. Akal Takhat, the throne of the imperial as well as the divine power, has come to question if we are worthy to keep it. Are we worthy to keep it ever in its glory or not? This is a very internal question. It cannot be answered emotionally. It has nothing to do with sentiments and commotion. It asks a simple question.

A takhat, a throne, rules. It is a crown of rulership, divine as well as earthly, and when the rulership comes under destruction, it asks me a question. It will ask you a question. It should ask the entire humanity, "What went wrong?" Now the time has come to correct what went wrong.

Recently, I received a letter from an ordinary American woman. She has absolutely no Khalsa relative nor any other relationship to Khalsa. She has written me that what has happened in the last two weeks is so devastating that she would like to give her condolences and share with me the pain which we as a nation are experiencing.

I say that it is not only the pain we are all having now, it is the pain which will be shared by everyone. Through every newspaper, every radio station, every television, every media, every person will share our pain. If we can continue sharing this pain with the world at large, with the free world, then we will carry the day.

This is the Guru's bani. We have seen it work and it is true to us. All the people must meditate on God with the Word of the Guru.

This is the greatest sacrifice that has been made in the history of our lives. Akal Takhat has offered itself as a sacrifice. To understand this, you have to believe in the identity of the Akal Takhat. People have been dying, our history is full of it. We will die too. Dying is as easy as pulling a tooth. One Novacain injection and then there's no pain.

I'm not talking about individual dying. In the history of our universe, this is the first time a place with the identity of rulership of the ether and of the earth, mortal and immortal, a central source of that energy, that psyche, that nucleus, has sacrificed itself. This is not an unimportant thing for the humanity. It is very important. The earth shall shake. Events will come. This is the greatest sacrifice. This is the first time Akal Takhat as an identity, as a ruling identity of the Khalsa, has sacrificed itself so that the mankind can live. It will bring the humanity to an understanding. 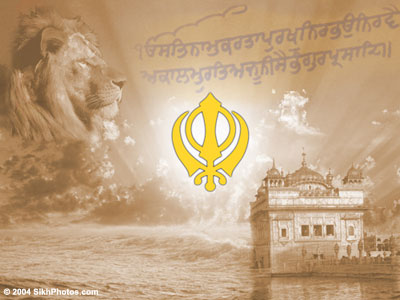 If Jesus had not gone on the cross and forgiven those who put them there, he would not have been Jesus the Christ. He would have been just Jesus, like any other. But he established himself as Christ when he looked and said, "If this cup can pass, fine, if not I'll accept Thy Will. Forgive them. They do not know what they do."

I agree we are slow. We are slow, but we are conscious. We are growing, and the growing bud has the power. Once a rosebud came between two marble bricks. You know that marble is a pretty hard stone, but when the bud wanted to open, it cracked the marble bricks. To open the bud takes the power of God, and there is nothing in the elements of the earth which is powerful enough to stop the bud from opening.

I have a difference of opinion from everybody because I have no opinion of my own. I have a view of things. This view is as truthful to me as I am to myself. I am crying. I'm in pain, not for myself, but for those who have done this act. Akal Takhat has its own identity and Akal Takhat has given its own sacrifice. Guru Teg Bahadur had his own identity and Guru Teg Bahadur gave his own sacrifice. As a Sikh I have no right to question it. I'm not going to question why Akal Takhat did what Akal Takhat did. If I question, then I am not a Sikh of the Guru. I think my discipline is enough that I shall not question. I know that if Akal Takhat has chosen to give its sacrifice, then it must be required.

I'm neither crediting nor discrediting anybody who was there. Akal Takhat wanted, at this moment, to awaken the Khalsa nation and this nation could not have come out of that sleep by any other means than through the sacrifice of Akal Takhat. This nation would not have been awakened by any other sacrifice but the end of the Akhand Jotee in Harimander. This head of mine belongs to the Guru; therefore, this head must think and work for the Guru.

Akal Takhat has totally sacrificed itself. I would like you to share with me something which I have been sharing all along. Akal Takhat has its own independent sovereign identity. Akal Takhat had to sacrifice itself to awaken these Sikhs. There was no other way.

Do you really think that people who have never gotten up in the morning, have never taken a cold shower and never chanted Japji in their whole lives could have been awakened by anything other than Akal Takhat's own sacrifice? I don't believe that anything other than the sacrifice of the Akal Takhat could do it. Now that sacrifice has been done. The nation will wake up. It will rise in spirit; it will win. You talk about Khalistan, Pakistan, this-stan, that-stan. I'll call it "Dhunistan." The whole world is going to come under it. It is the greatest sacrifice ever made. It must bring the greatest positive result that could ever happen.

Out of my pain, I have been praying whenever I go to Gurdwara. Whenever I go to some houses, I have nothing to share because there is liquor and chicken and this and that. Through just seeing this impurity in tons and tons I would pray every morning, "Guru Ji, if there will be no purity, there will be no Khalsa. Do something!" I think that what Guru has done is to ask Akal Takhat to go ahead now and sacrifice. I think the sacrifice is very timely. It will just awaken every sleeping soul.

If you tell a Sikh that Akal Takhat has sacrificed itself he will say that it is not true. That the Indian government sent the army there and blew up the Akal Takhat. I say that Aurangzeb sent the army and beheaded Guru Teg Bahadur. What is the difference? It couldn't be done by the police. It couldn't be done by a paramilitary force. That is the history. That is a fact.

So what will come out of this sacrifice? It will be absolutely great. Khalsa shall triumph and Guru Gobind Singh's words shall come true!

"Unbelieveing Khalsa will be destroyed,
The believers will shine again."

The rule of Khalsa is to be.
The disobedient ones will not remain.
All those who come together at the Guru's feet.
Those dear ones shall be protected.

There are hundreds and thousands of aakee (rebels). Those aakee have to come back into the form. That is why Akal Takhat was sacrificed. This greatest sacrifice under the Will of God has been made to save the planet, to save the humanity, and to bring peace, away from the destruction. It is a point of view, it is a statement, it is a reason, fine. I say it is a fact, fine. You can call it a lie. That's okay. As it is written above, so it shall be done below.