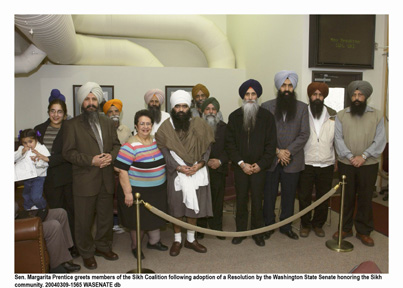 On Tuesday, March 9th, the Washington State Legislature passed a special resolution to commemorate the 400th anniversary of the installation of the Guru Granth Sahib.

The Sikh Coalition worked with the Washington Sikh community in getting this resolution passed and is also working to have similar resolutions adopted in other states.

To view the online versions of the Washington State Resolutions, visit:

(Editor's note: there is a typo where Darbar Sahib has been mis-spelled as "Danbar Sahib." The Sikh Coalition is working with the State Legislature to correct this.)